Protection of On-Site Neighbours in Authorisation 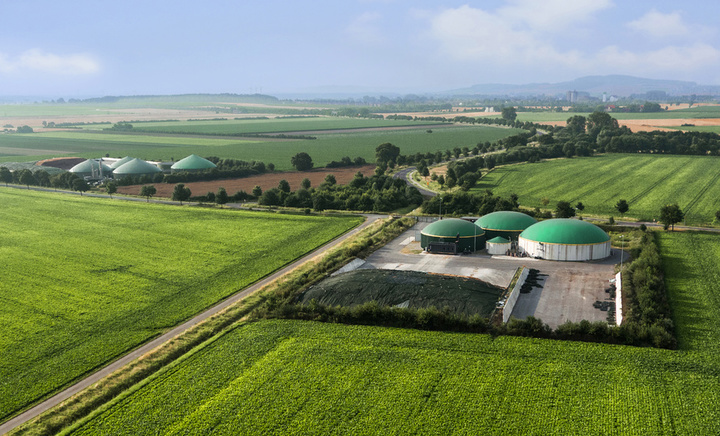 This article has been published first on http://www.chemietechnik.de/protection-of-on-site-neighbours-in-authorisation/ | Foto fineart-collection @ fotolia.com

Throughout Europe construction and operation of production plant in the chemical industry and other industries are subject to authorisation according to the Integrated Pollution Prevention and Control (IPPC) Directive. This directive sets out the core EU clean-air legislation for the operation of industrial installations. Since legally independent enterprises are next-door neighbours in an industrial park it could therefore also be necessary to consider the impacts within an industrial park.

It is frequently necessary to obtain pollution control authorisation to construct new plant or to make substantial alterations to existing installations in industrial parks. In Europe, such authorisation is regulated by the IPPC Directive. Accordingly, a permit can only be granted if the installation does not cause any substantial environmental pollution and if all appropriate preventative measures against environmental pollution are applied, especially those based on the best available techniques.

It was precisely this opinion which recently almost thwarted granting of a permit in a German industrial park. The competent permit-issuing authority also wanted to assess the impacts of air pollutants generated in a production process on the immediately adjacent area occupied by the industrial park neighbour. For this purpose several assessment points were laid down within the industrial park (according to the provisions of the Technical Instructions on Air Quality Control “TA Luft” which are valid in Germany). However, the limit value for suspended particulate matter (PM 10) could not be met at these points. In contrast, at all other assessment points in adjacent residential areas surrounding the industrial park the limit values were met according to the projections required by the permit application procedure.

The question thus arose whether the siting of assessment points within the industrial park was appropriate and hence legitimate or whether the impacts of operation of the installation were still to be only assessed in the “external neighbourhood” as in the past when the site was used by a sole company.

One of the more recent environmental developments at EU level, according to which no assessment points have to be sited within the industrial park, comes some way to meeting the interests of industrial parks. Without this recent development the very existence of many an industrial park would have been under serious threat. However, since industrial parks are also to be welcomed for environmental reasons, particularly because they help to prevent industrial sprawl by concentrating industrial activity in a small area and thus contribute to land conservation, the new developments in European secondary law are to be unreservedly welcomed.

The European legislator has decided to ensure the protection of employees by way of occupational safety legislation rather than clean air legislation. That is appropriate because the employees of a company, and also the employees of neighbouring companies within the industrial park, do not have to have the same level of protection as the population of residential areas adjacent to the industrial park. They are exposed to the ambient pollution due to the installation for a limited period (generally for a maximum of eight working hours per day), whereas the residential population living in the adjacent area are exposed permanently and without any possibility of escape.

Moreover, the legal transformation of a company site into an Industrial park is not a valid reason to depart from the authorisation procedure practised hitherto, in which only assessment points surrounding the factory premises are considered. The actual situation has not changed for the individual employee: he remains at the same workplace subject to the same environmental impacts. All that has changed for him is his contractual partner: he is now employed by another independent company, from which he receives his instructions and his remuneration. This formal legal change alone does not mean that his need for protection has to be perceived as any greater. Environmental legislation has always placed a greater burden of tolerance on a company’s own employees; thus they do not enjoy the same level of protection as the external residential neighbourhood.

A first indication that no assessment points need be sited in an industrial park is already provided by the 1996 Air Quality Framework Directive. This is concerned with the assessment and the maintenance and improvement of air quality. According to the directive, ambient air means “outdoor air in the troposphere, excluding workplaces” (Art. 2(1)). Thus the Air Quality Framework Directive already reveals a tendency to differentiate between protection of the air in the interests of the general population and occupational safety. Occupational safety legislation contains specific provisions for protection of ambient air at the workplace. In contrast, European pollution control legislation is concerned only with protection of the air at places other than the workplace.

This tendency is confirmed and substantiated by the new Air Quality Directive. According to the definition of this directive in Art. 2(1), air is “outdoor air in the troposphere, excluding workplaces as defined by Directive 89/654/EEC where provisions concerning health and safety at work apply and to which members of the public do not have regular access.“

For the first time the 2008 Air Quality Directive also specifically addresses the question of the locations at which air quality is not to be assessed. In so far as the protection of human health is concerned, Annex III.A.2 states the following: Compliance with the limit values directed at the protection of human health shall not be assessed at the following locations:

a) any locations situated within areas where members of the public do not have access and there is no fixed habitation;

b) in accordance with Article 2(1), on factory premises or at industrial installations to which all relevant provisions concerning health and safety at work apply.

The result is clear: In the Air Quality Directive the European legislator considers only the ambient air outside workplaces, in any case not within an industrial park. As is already apparent from the first recital of the directive, the point of primary concern is protection of vulnerable groups of the population and not protection of the employee which is assured in another context on the basis of the separate and specific provisions of occupational safety legislation. Therefore the directive stipulates that the ambient air on industrial sites and at installations is not to be assessed. Thus the individual employee does not come under the protection of the Air Quality Directive or national standards based thereon, but under the protection of European occupational safety legislation and national laws passed for its implementation in the member states.

The siting of assessment points in an industrial park is therefore at variance with the provisions of Annex III A.2 of the 2008 Air Quality Directive, because according to these provisions compliance with the limit values laid down for the protection of human health is not assessed at locations situated within areas where members of the public do not have access and there is no fixed habitation. It is therefore disallowed because all national authorities are strictly obligated to apply the entire body of national law, and hence also TA Luft in Germany, in such way that it does not contradict the provisions of EU directives.

Wherever national regulations to the contrary exist in the EU member states, they have to be adapted to the new European legislation. And wherever national legislation does not unequivocally answer the question whether assessment points are to be sited within an industrial park, national legislation is to be interpreted in conformity with European law against the background of the 2008 Air Quality Directive. Thus assessment at points within industrial parks is to be waived.

Employees of neighbouring enterprises within an industrial park are thus protected not by clean air legislation but by occupational safety legislation. As a rule, this requires that a risk assessment be undertaken by the respective employer. If it is found that the employees are exposed to excessive airborne pollution levels caused by the company’s own or neighbouring companies’ installations, it is up to the employer to consider appropriate protective measures. These may consist in organisational measures, preventing exposure of individual employees for unjustifiably long periods, or in provision of personal protective equipment for employees.

In the German case, in which the competent authorisation body initially wished to site assessment points within the industrial park, the responsible ministry of the environment prohibited this approach and thus subscribed to the legal opinion presented here. Hence a permit could be granted. The opposing view with the first siting of assessment points within an industrial park would have had far-reaching consequences for all 51 German industrial parks and also at the countless locations with a quasi-industrial park structure. It would no longer have been possible to substantially modify some installations because it frequently happens that the strict environmental standard valid for the exterior neighbourhood cannot be met in its entirety at the interior boundaries within an industrial park.

The EU is adopting a differentiated approach to protection. A company’s own employees and the employees of neighbouring industrial companies are protected not by the IPPC Directive and the national standards based thereon (in Germany according to the Federal Immission Control Act (BImSchG) and Technical Instructions on Air Quality Control “TA Luft”) but by occupational safety legislation.